The creation myths of Babylon begin with an image of chaos. Figured as a roaring ocean, Tiamatis goddess of the disorder of primordial creation. Having mated with the god of fresh water, Abzu, Tiamat gives birth to the first generation of deities before being slain to become the heavens and the earth.

For Water, Alex Flick (b. Bern 1986) began with a series of expeditions made to Iceland over the past three years where he travelled to film its water and to document this in all its forms. The three channel video installation is cut from footage collected from these trips. Its images take on the abundant and multifarious energies of the water they depict: expanses of sea rising into a swell, calm dappling water, falling fresh-water, melting ice. As the film’s projections meander their way through water’s endlessly malleable physical states, their movement sets the rhythms and the spaces to hold our emotional states.

As human beings we always been drawn to reflections of water, but whilst the seas were once infinite abstract landscapes that earth’s mythological creation could be born out of, modernity has since charted, tamed, and ravaged these. The post-modern seascape we look out into now – from our screens and through Google Earth – are flat planes that are dotted with container ships that line their wakes. Flick’s paintings mirror these tensions; their abstraction reduces the sea into an infinite space that a viewer’s eyes can fall into, whilst the limits of the canvas, the flatness of its surface, and the bold geometries of its composition ground the paintings within the rectilinear perimeters of their architectural setting.

The photographs perpetuate these tensions. The stillness of the image as a whole can be ruptured by the complexity and apparent infinity of its detail that is rendered in ultra-high-resolution. However, under the surface of this apparent expanse lies a sea of pixels, fixed in their limits, gridded in their form and executed at the click of a button along the dot matrix of an inkjet printer. 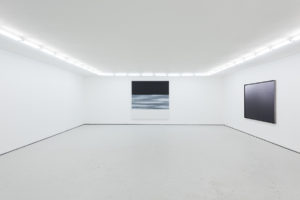 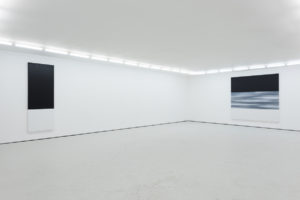 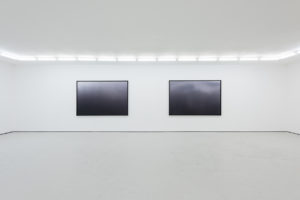 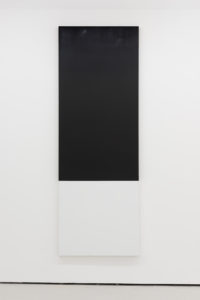 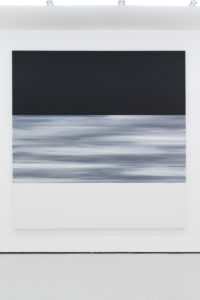 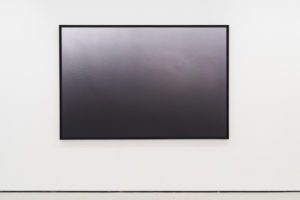 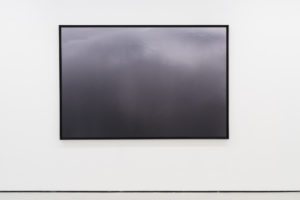 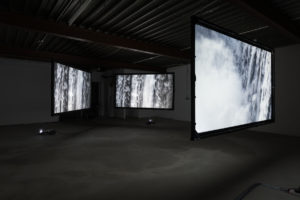 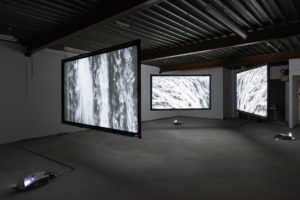 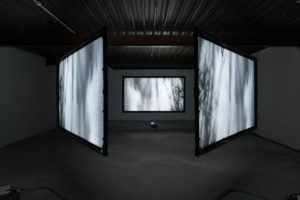 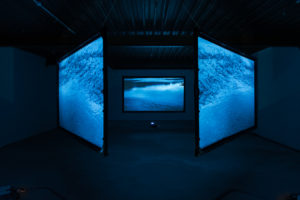