“It is written: ‘Your soul is the whole world’. It says that when a man is asleep, he penetrates his innermost and dwells in Atman.” *

For Reveries, Christopher Shilling has endeavoured to dream in the day, to access a portal into the self during the waking state. Shilling explores the in-between – the daydreams – a place that is neither here nor there, where the duality of the conscious and subconscious occur at the same time, giving a glimpse into Atman.

By activating the imagination through visual triggers in reality, Shilling has delivered new figurative shapes abstracted from their archetypes in a realm of floating, shifting forms. The works, made of oil paint on tracing paper, have an immediate sense of being veils, blurred mists of vistas that feel half present and half lost within a dreamscape. Upon closer inspection, the works are made up of more than one piece of paper and more than one image which hover between one another to create dual forms. The layering creates a tension between the images, with each holding one another up and together.

Holding the floating, vaporous paintings aloft, as if by magic, are solid sculptures. These shapes, like clouds, evoke familiar forms yet hover in-between the familiar and something other worldly.

The works in Reveries are concerned with slippage and search for meaning. They have a wistfulness whilst simmering within a happy pastel palette. They play with both the good and bad idioms of painting; high and low culture; the crass and the sublime – all existing at simultaneously but without contradiction in a state of co-existence.

* Atman is often referred to as ‘spirit’ or ‘soul’ and indicates our true self or essence that underlies our existence. 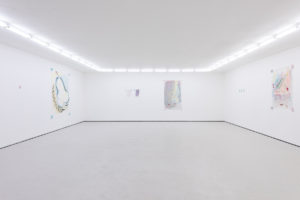 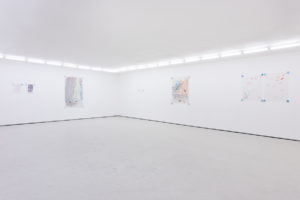 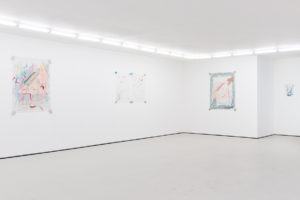 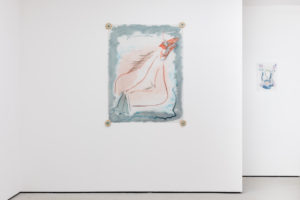 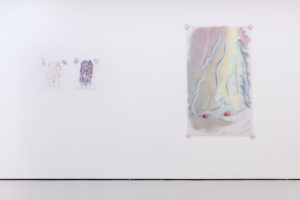 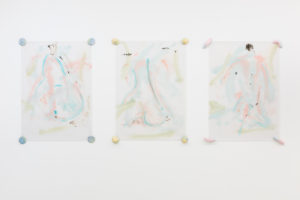 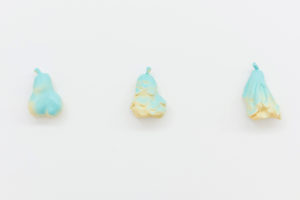 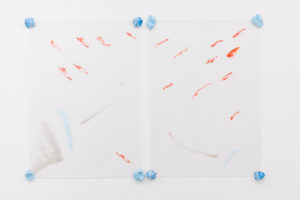 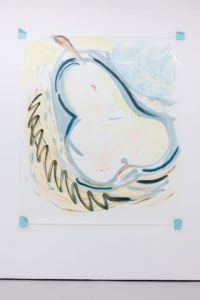 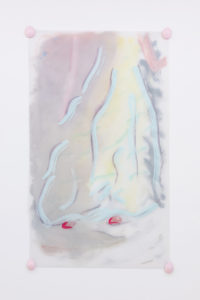 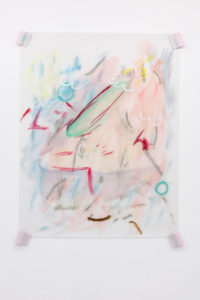 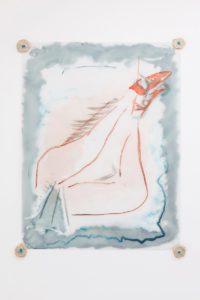 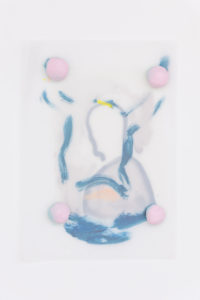 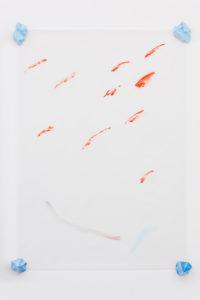 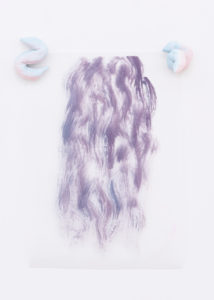 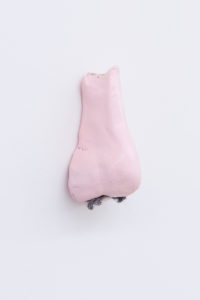 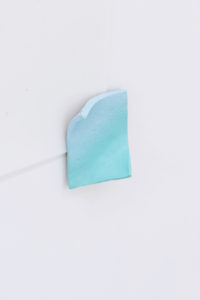 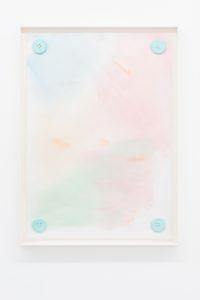 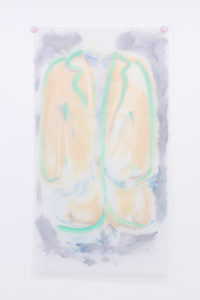