UNIT9 is pleased to be presenting Flat, Block, Flat, a new site-specific work by Thomas Hutton (b. London, 1983).

Hutton began his process by taking meticulous measurements of the exhibition space and making digital drawings before constructing and rendering an articulated wall that divides the gallery along its length.

From the entrance, the wall appears to be a progression of flat planes. As the viewer moves deeper into the space, these flats unfold into seemingly solid blocks before flattening out again with a final reveal of the structure behind. These three distinct zones and their associated aspects are based on the three zones of a theatre: the auditorium from which the audience views, the stage that is orientated towards the audience’s eyes, and the area offstage that acts as an armature to the scenery. Hutton treats the theatre’s structure as a metaphor for the effects that flattened digital aspect has on our experience of built space and its surfaces.

Each of the wall’s eleven faces are carefully rendered with an individual tone of grey that imitates the light’s effect on the space and wall. Just as light diminishes towards the back of the gallery, the tone of the render becomes increasingly dark as you move deeper into the space. In effect, you see both the light itself acting on the wall and the representation of light acting on the wall.

The result is that rather than acting simply as an audience member who looks at an image or a stage set, the viewer has access to step into the image itself, through the stage and behind its façade to view its construction.

The render is produced by its manufacturers in Italy to imitate the surface of fair-faced cement and to add a character of solidity to a façade. Rhythmically worked onto the wall with a small palette knife, Hutton produces a surface texture that indexes his own movement whilst creating the work so that his action is literally solidified into the surface of the wall.

Thomas Hutton spent the last three years living in Rome, where he studied the spatial and material conditions that inform much of his work. He currently lives and works in Athens.

Hutton has an MFA in sculpture from Yale University (2012) and an MA in Architectural History from The University of Edinburgh (2006). He has had recent solo exhibitions at Sushi Bar Gallery, NYC (2016) and Hunter / Whitfield, London (2015) and has been included in the group exhibitions Maybe your lens is scratched?, The Averard Hotel, London (2016), Report from the Club of Rome, Virginia Commonwealth University (2016) and Conversation Piece Part I, Fondazione Memmo, Rome (2015). 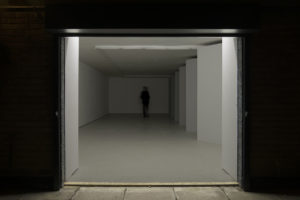 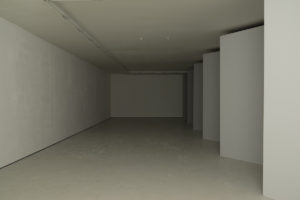 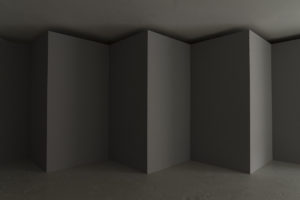 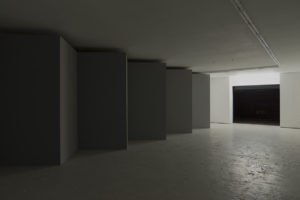 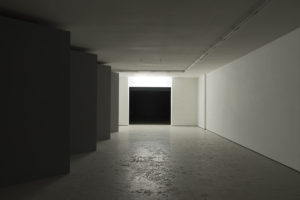 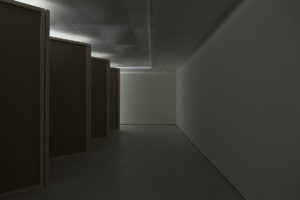 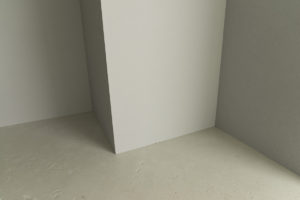