UNIT9 is pleased to present ‘O’, an exhibition of new monochrome paintings by Martin Gremse (b. 1983, Goslar). Sparse in palette and gesture, the opacity of the paintings are ruptured by the luminescence of silver, the result of a chemical reduction discovered by Gremse whilst experimenting with silver nitrate formula that is commonly used in medical labs.

Following a long lineage of gestural abstraction, the nylon canvases are laid directly onto the studio floor whilst Gremse pours formula across its surface, allowing this to seep into the background of the painting before propping the works upright. The immediacy of the action is captured on the canvas, echoing the photographic heritage of silver gelatine prints whose light-sensitive halides capture movement and image.

Oscillating between revelation and concealment, the paintings simultaneously invite and resist participation. Reminiscent of the letter O, the value ‘zero’, a molecule, halo, womb or void, the enigmatic and abstract forms in Gremse’s works act like Rorschach drawings:

“Just as a mask serves not to conceal but to uncover, the viewers’ integration into the artwork is to be understood as an expression of the viewers’ openness and their reception in the artist’s intention. This is just as present in the matt reflective surfaces of my paintings coated with silver as it is in the brilliant mirrors. In their direct communication, my works thus demand the ultimate confrontation with oneself and with one’s own role as an agent of perception.”

Martin Gremse (b. 1983, Goslar) studied medicine at Martin Luther University in Halle Wittenberg. His practice has been informed by numerous voluntary placements in Brazil, Israel, Italy, Belarus and Chernobyl. Recent exhibitions include solo exhibition ‘Covered’, curated by Jenny Falckenberg in Hamburg (2015) and a group exhibition at Gallery Etihad in Abu Dhabi (2013). 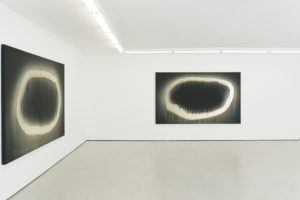 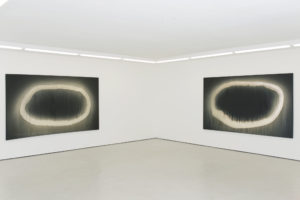 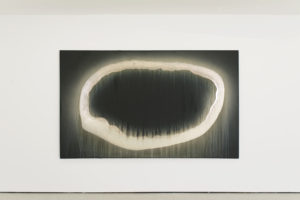 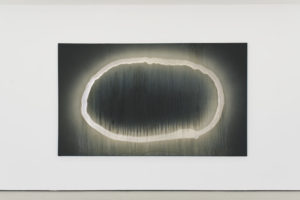